As the individual who is piloting the very first “Office of the Project Design” for Big Mother DAO decentralized “Studio Novità”, becoming by default the very first project designer––I can tell you that it’s the most amazing “gig” to have in the whole wide world.

I am having the time of my life!

My job is to make this role in a DAO structure the hugest, biggest, hottest, sexiest, most dream-fulfilling role any creative designer type mind would ever want for themselves.

Within a Studio Novità framework, all studio creations fund themselves, market themselves, distribute themselves, all from the very first conversation about the project until the final close.

Leading that conversation is the project designer, or the Office of the Project Design.

The Office of the Project Design

As a creative studio, Studio Novità is meant to empower the creators, the powerful designers, the visionaries, the big picture dreamers with an entire system that will fund and distribute their creations and designs at a scale previously unimaginable.

This is what the Office of the Project design is empowered with, the ability to fund and distribute the work and community it is talking about.

In our case, Why not World Game BAE fund closes at Act 3, Scene 9, awarding the full community $141M, with $47M having a dedicated purpose in our roadmap, and up to $94M decentralized directly to community wallets, who comprise the “co-fund” for fun and profit around the theme, designed by the project designer who selects the community their project represents and builds from.

You can do this too! You too can start with a budget of $0, grow to useable revenue of $141M while developing a $1B equity! That’s my job, to prove to you that you too can do this, you too can do what I do, you can make something from nothing.

How Studio Novità as a decentralized creations studio.

Big Mother DAO is building on top of a “studio system” structure, by studio we definitely mean things like “Hollywood” studio systems.

A Hollywood studio system is actually remarkably flexible for decentralized emergence, as Hollywood, far more than Silicon Valley could ever dream, has done more to demonstrate decentralized entrepreneurship than any other institution in the world.

How does a studio system demonstrate this historically? Consider each new film created out of Hollywood in the past 100 years, consider each television show, each radio broadcast, becomes a new company and a new product which enters on a marketplace, producing revenue.

Hollywood Studios have more data on what works and what does not work when it comes to setting up new companies and a studio system is in a sense already decentralized. Anyone can look at the credits in any Hollywood Film to see the number of individual production companies involved. Making the step to decentralize a studio system process is really kinda easy.

The Project Designer (who could be a combination of individuals in one office or a single individual) is the grand designer and architect for the creative narrative that financially funds an entire community of engineers, initiating marketplaces which then fund many more projects.

The Project Designer is the Master of the Ceremony, the Conductor of a grand alignment of financial forces, creative forces, and solutions design.

I’ve never had such freedom and fun in my entire life. I hope that once we have concluded Why not World Game, there will be thousands of jealous artists, designers, startups or creatives out there, so envious of the position, freedom, control, and funding A BAE Studio system allows, will outcompete my works with greater than I could ever imagine. 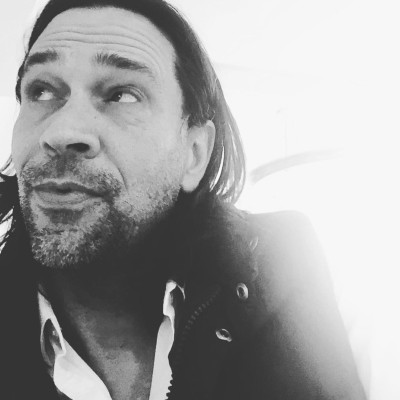