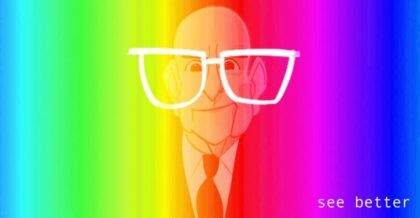 In the 1960s and 70s, famed inventor and designer of the Geodesic Dome, Bucky Fuller, toured the world lecturing up to five hundred times a year about his “World Game Series”.

Bucky’s “World Game” was to offer the world a “comprehensive informational resource database” that would become an “educational simulation tool” that could be used to resolve considerable global issues such as “over-population” and the “uneven” distribution of global resources, primarily energy, into the form “billionaire” levels of wealth that could be directly distributed to every man, woman, and child in the world.

Since 1968, Bucky declared that humanity had for the first time in human history the exact design science and engineering know-how to create a unique global opportunity; “total success for all without disadvantaging any”.

Bucky had an urgency to his message, lecturing up five hundred times a year in a 365 day calendar, eager to pass off his complete design principle in the capable hands of future designers.

Bucky’s message was also surprisingly greeted beyond national or ideological borders; he was openly received by all forms of governments and ideologies. This message was somehow able to move beyond divisions that we are familiar with today, earning him the reputation as the “friendly revolutionary”.

While lecturing, Bucky would stress that “The World Game” was not a “political problem” to be worked out and decided by political leaders, but rather a “design revolution” to be developed by environmental architects, scientists, engineers and artists through a form of “spontaneous collaboration”.

Ultimately, Bucky proposed, humanity would figure out a way to “plug every television set in every living room” into this type of mainframe that he described. Once we had the “know-how” to perform that task, Bucky said the world would be ready for “abundance economics” to form via the elegant distribution of the world’s energy supply along his “world energy grid” around the year 2000.

Bucky died in 1984 and many generations have forgotten. Yet much of web3 design reflects a lot of Bucky’s thinking.

Bucky predicted that such an interconnected and cooperative system would emerge. New economic models, based on abundance instead of scarcity, would also emerge. We call Bucky’s design principle for economics as “BAE” Economics, or “Billionaire Ascension for Everybody”.

The emergence of world wide web3 is providing a demonstrative environment where some of Bucky’s design principles for “decentralized distributed networks” are already beginning to form organically and something like Bucky’s “World Game” is closer in development than many would suspect.

A whole system design employs what Bucky called “synergetics”, a term he coined to describe how a whole system gives back more than can be predicted by the sum of its individual parts.

The concept of Bucky’s design science emerged in the late 1940’s, the world was coping with the ravages of world war and nationalism.

This was part of Fuller’s ‘Comprehensive Anticipatory Design Science’ lifework, and sometimes referred to as the ‘World Peace Game’.

Fuller’s initial concept was to create a game of logistics that accurately simulated world resources, and helped participants figure out a means of sharing them in the most equitable fashion possible.

A “World Resource Inventory” would be charted, graphed and overlaid onto an interactive map, creating an environment comprised of overall informational awareness.

Bucky was limited by the tools and technology of his time, but he did predict that certain tools and technology would emerge that would allow for the eventual distribution of resources to “cost nothing” due to hyper-efficiency in a whole system design. Virtual worlds give this sort of “world resource environment” an easy access channel.

Bucky’s vision of the World Game was realized between 1940s and the early 1980s, a time without a world wide web, much less virtual reality environments. Innovations such as global data visualization and global networks operating lightning speed transactions which influence nations are now readily available, showing Bucky’s prediction has aged with remarkable precision when we consider web2 or web3.

Back in the late 1940s and evolving through the 1950s, Bucky’s thinking was informed by mathematical and economic “Game Theory”–specifically how it played out via Cold War political reality in win-or-lose or lose-lose outcomes.

Bucky was absolutely correct to assume that we could strategize a global co-operative model for governance and distribution within a practical and measurable framework.

Yet, even up until the mid 70s and very early 80s, there was not much in the environment at the time that would be able to facilitate his vision except the television set. Today however we are surrounded by vast technological networks already operating many of Bucky’s designs organically.

Blockchain technology itself it could be proposed that Bucky Fuller was really the first pioneer in this sort of “distributed decentralized network” design.

To this day, many assume that what gives the blockchain its novelty and innovation is limited to cryptography and similar maths. Many designers assume that to work with “decentralized distributed networks” you must use cryptography; however this is not the case.

Bucky showed us back then that concepts such as “distributed decentralized networks”, operate because of a deeper and more fundamental design principle which is independent of the medium which expresses it.

If Bucky were alive today, he would likely show that what makes cryptocurrency, NFTs, smart contracts and blockchains innovative is a design principle that is distributive. Decentralization doesn’t not require a “blockchain” to express it, it can take form across any mediums.

Bucky said that for around ten cents per day per individual an entire global network could return “billionaire levels” of wealth resources back to each individual in return.

This type of an economic design principle found within Bucky’s “total success for all without disadvantaging any” we refer to as “Billionaire Ascension for Everybody” or BAE Economics.

In 2022, areas such as solar and wind energy, some but not all cryptocurrencies, many de-fi models, and especially the global “attention economy” are all areas that can employ BAE economic design.

Fuller viewed this method of looking at the world and its resources as a way to reframe specifically politics as usual.

Bucky said that his prototype system would be able to address fundamental problems in a global system, and specifically “you or me” type thinking and strategizing.

Bucky knew back then that this sort of “you versus me”, black or white thinking was a corruption in a whole system, and he knew that this “political” problem was more “psychological” because it emerged from human nature.

Human nature and human behavior, Bucky noted, are not permanent absolute things, but things that change according to their environment. In 2022, our environments are digital and virtual. Note how prescient Bucky’s notions were around “user interface and product design” are naturally aligned with Center for Humane Technology’s in 2022.

Bucky taught us that the need or requirement to “change” people or behavior was a waste of time, because we only need to re-design the environment that human beings engage in, and people would then change accordingly.

In our 2022 reality, we see how the digital environment of Web 2.0 which has a design that unintentionally introduces competition on top of a naturally collaborative medium through the acquisition of likes and avoidance of dislikes, has brought out the worst in human nature at a scale previously unimaginable.

Web3 provides mediums which can allow for hyper-efficient distribution of energy, wealth, and all forms of social value within its naturally occurring design principles inherent in the mediums which express it.

This simply was not possible to implement at scale within web 2.0 architectures.

The DAO of Big Mother is creating an opportunity for designers, creators, technologists and researchers to build on-top of Bucky’s World Game.

We will do this by piloting an actual Bucky “BAE” economy as a form of self-funded bootstrapping. We will then scale this fund to distribute to any start-up or non-profit organization that is advancing web3 efficiency over Web2 frailty.

We will demonstrate at each step how this small BAE economic model is over-delivering on individual expected value while requiring no loss or competition.

While our first pilot of a BAE economy is relying on NTFs and smart contracts for distribution, our second pilot will show how this is possible without a blockchain at a global scale, using “attention” as a resource marketplace to distribute a BAE Economic model.

The DAO of Big Mother’s partners will demonstrate this much larger economic system, already piloted and tested through Phase 1, that can allow a new type of financial digital asset that is both global and local and evenly distributed to all participating; all without a blockchain or “crypto-currency”, and all by using an abundant medium to apply a non-competitive and quick growth economy that has potential to replace the “data economy.”

This asset is modeled in a similar fashion to how energy resource marketplaces such as solar or wind work, except our asset is human “attention” itself, a ubiquitous element that can be the foundation for a BAE economy as an alternative measurement to the “data economy”.

The DAO of Big Mother is also introducing a novel type of decentralized consensus building, designed directly from Bucky’s principles, that naturally collapses “you versus me” thinking (groupthink) from a consensus process while only allowing for mutually resolving outcomes to be the singular outcome, both programmatically and psychologically.

Additionally, the World Game continues to evolve how Bucky envisioned it.

Specifically, with Josh Pang of the Bucky Fuller Estate having developed a World Completeness logical formalism in his World Game: An MS Thesis on engineering Buckminster Fuller’s unfinished computer game.

While currently the DAO of Big Mother is not associated with the Bucky Fuller Estate or Bucky Fuller Institute, we would like to be.

The DAO of Big Mother proposes that we can bootstrap and fund a “web3” virtual world environment for Bucky’s original computer game in partnership with the Estate.

By scaling web3 technology along Bucky’s original principles, The DAO of Big Mother offers its full service and purpose to the establishment of the full vision of R. Buckminster Fuller.

Come participate with us! Discord: https://discord.gg/v6pbNZ3U4e

This article is a slight adaptation based on “The World Game Series” as developed by R. Buckminster Fuller. The DAO of Big Mother has edited and updated this article to reflect the work and purpose of our DAO in relation to Web3 and the historical reality of 2022 and beyond.  The original article is published in an open source database found here: